When does the census begin?

Starting in March 2020, the U.S. Census Bureau will begin to contact households through a series of mailings.

How does the census gather data?

2020 will be the first year the census form may be completed online using a computer, tablet or smartphone. People may also respond by phone or by using a paper form they return through the mail.

Federal law protects the confidentiality of the data that is collected.

How long does it take to complete the census and who fills it out?

It takes about 10 minutes to answer the 10 questions according to the U.S. Census Bureau. One person living in the household fills it out for everyone.

How do I distinguish between an authentic U.S. Census Bureau contact and fraudulent activity or scams?

The U.S. Census Bureau will never ask for:

A field representative will always have official census ID if they come to your house.

Do I have to respond to the census?

Yes. If you are living in the United States, you are legally required to respond to the U.S. census. Failure to respond or providing false answers could result in a fine. Census Bureau staff work to achieve cooperation and high response rates by helping the public understand that responding to the census if a matter of civic responsibility and that data from the census has benefits that span across government, industry and profession, and has a direct impact on everyone's life.

What does "residence" mean and how do I count the "residents" in my house?

The U.S. Census Bureau defines residence as the place where people live and sleep most of the time.

What happens in communities in which residents may have limited English proficiency?

The U.S. Census Bureau will make the census questionnaire and other materials available in multiple languages. The questionnaire will be available in Spanish as a print version and on the tablets of those who go door to door in the nonresponse follow-up phase.

The Census Bureau will produce video and print guides in the 59 languages listed below as well as a glossary of census terms and a card for enumerators to identify the language of the household:

For populations who speak languages beyond the 59 supported languages, the U.S. Census Bureau will create video shells and print templates for adaptation. 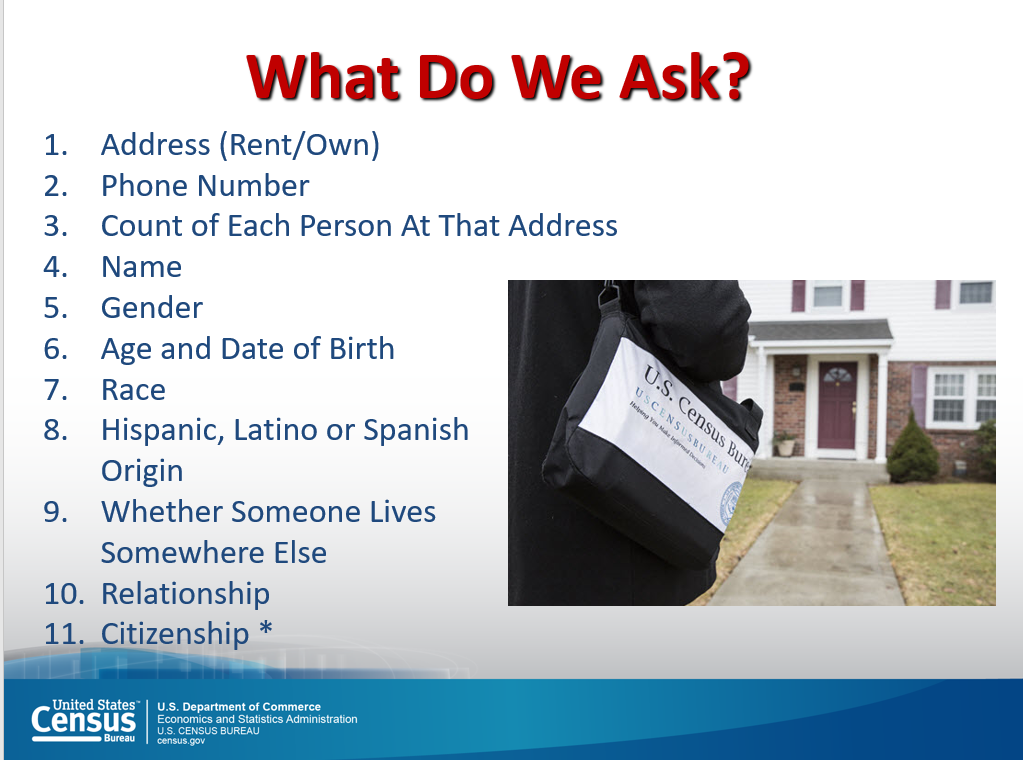