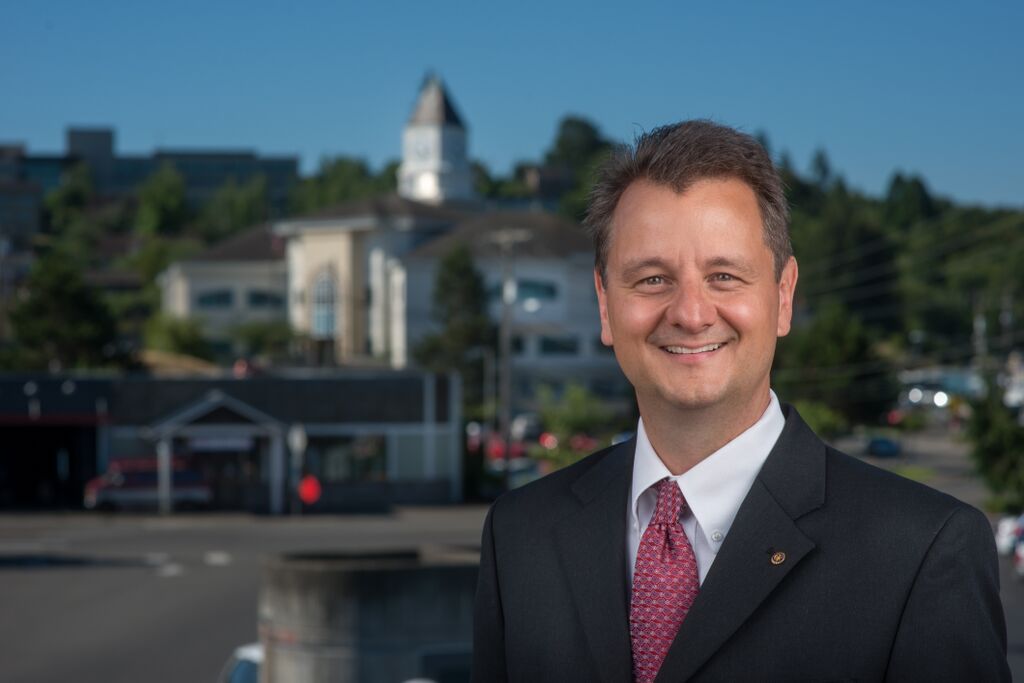 The Association of Washington Cities (AWC) announced that Port Orchard Mayor Rob Putaansuu was recently elected AWC secretary. The secretary serves on the association’s Board of Directors and executive committee and is in line to become president.

“It is an honor to be elected as secretary to the AWC board. I look forward to being a passionate ambassador and advocate for the priorities of all of our cities and towns,” said Putaansuu.

Putaansuu has served on the AWC board since 2018, representing District 12, which includes the 21 cities and towns in Clallam, Grays Harbor, Jefferson, Kitsap, Mason, Pacific, and Wahkiakum counties.

The AWC Board of Directors is the association’s governing body. The Board is comprised of 25 directors, 23 of whom are mayors or city councilmembers from Washington cities or towns, and two non-elected city officials who also serve as the president and past president of the Washington City/County Management Association.

For information about all new and reelected officers and directors, visit the AWC website.